Armenia for sale - Broker Russian-Armenian businessman The Armenian economy exists through donations. Foreign investment in this country is precarious. Any expert who is acquainted with Armenia's political situation can confirm this fact. 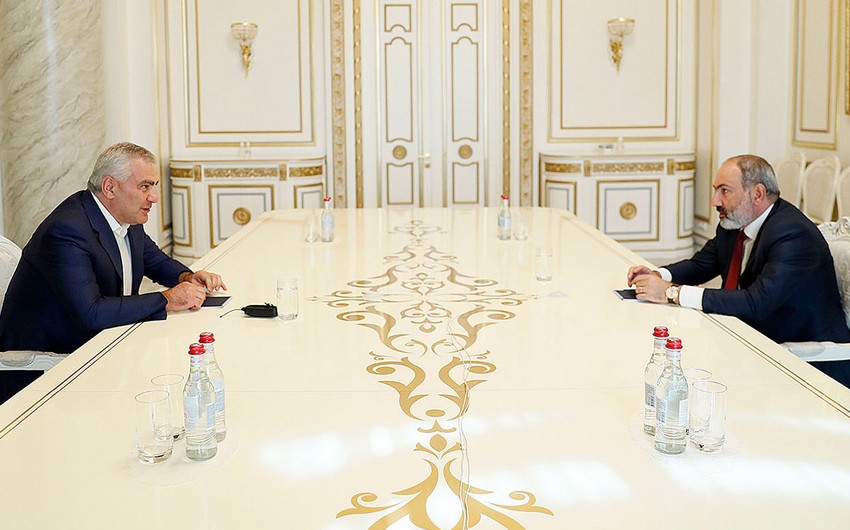 The Armenian economy exists thanks to donations. Foreign investment in this country is precarious. Any expert who is acquainted with Armenia's political situation can confirm this fact.

So, it is difficult and risky to invest in this country because of the destructive activity in the region, being a cause of war and tension in the South Caucasus, the conflict between political groups in the country, accompanied by the provision of foreign interests, the territorial claims to neighboring countries, the numerous problems in the production of natural resources, the expected civil conflict at any moment, becoming more hostage to foreign interests, the dependence of the economy on foreign aid, etc. In this case, Armenia hopes for the donations collected by the Armenian Diaspora from marathons, financial assistance from the support of its lobby, and the mercy of Armenian businessmen in Russia. In fact, the country's economy depends more on Russia; even a certain part of the population lives on remittances from Russia.

By the way, last autumn, some demanded the resignation of the Armenian Prime Minister Nikol Pashinyan. Political and non-political forces inside the country and those representing foreign interests also joined the campaign. One of them was a famous Russian-Armenian businessman, the head of the Tashir group conglomerate, billionaire Samvel Karapetyan. He called on the PM to resign immediately. This allegedly independent Armenian businessman was one of the people who paid the bail for former Armenian President Robert Kocharyan. The court had decided to release Robert Kocharyan on bail of $ 4 million. Along with Samvel Karapetyan, Sergey Ambartsumyan, CEO of Monarch in Russia, Vladimir Yevtushenko, head of Sistema Public Joint Stock Financial Corporation (Robert Kocharyan, a member of the company's board of directors), and Gennady Stepanyan, founder and owner of the Stinkom Group, an Armenian businessman in Russia, one of the owners of the Yerevan Plaza in Moscow, had paid the bail. 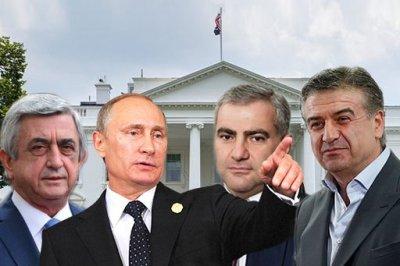 In the Armenian presidential elections in February 2008, the Central Election Commission announced that one of the candidates, the government-backed Serzh Sargsyan, had won 52.8% of the vote. Another nominee, Armenia's first president, Levon Ter-Petrosyan, said the election was rigged and did not recognize the results. Extensive rallies were held in the country on March 1-2 to protest the falsification of election results. Authorities used force to disperse the rally. As a result of the fire opened by the army and police, ten people were killed, and many others were injured. The perpetrators have not yet been punished. Then-President Kocharyan was arrested on July 27, 2018, in connection with the case.

In the summer of this year, Pashinyan and Samvel Karapetyan held a meeting in Yerevan and discussed investing in Armenia. Armenian PM again won the early parliamentary elections on June 20, so it created an opportunity for the realization of the plans of the Tashir President. It was stated that the Russian-Armenian billionaire wants to buy all or a part of the shares of Armenia Airlines. Notably, 51% of the company's shares is owned by Armenian businessman Robert Oganesian and 49% by Georgian Tamaz Gaiashvili. Karapetyan is currently in talks to acquire a Georgian stake. 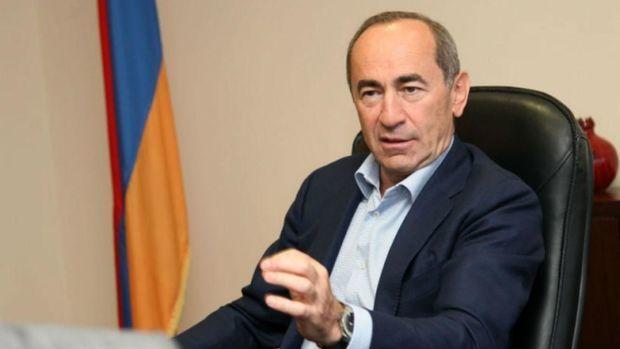 In May 2018, the Ministry of Energy of Armenia canceled the agreement on transferring the High Voltage Electric Networks Closed Joint-Stock Company (CJSC) to Tashir Kapital. The network was handed over to Tashir on August 24, 2017. In November 2019, there was news that the Russian company RusHydro had sold the Cascade of the Sevan-Hrazdan Hydroelectric Power Plant to Samvel Karapetyan. The price of the cascade was RUB 173 million (about $ 3 million). Following the completion of the deal, this Russian company's assets would remain only in the 5th block of Hrazdan HPP in the field of electricity supply to Armenia. The Sevan-Hrazdan Cascade existed between 1930-1965. The Russian energy company RusHydro is the third-largest power plant in the world. The company was registered in 2004 in Krasnoyarsk, and its headquarters is located in Moscow. The Russian Federation controls 60% of RusHydro's shares.

As a result of the investigation conducted by the Prosecutor General's Office of the Republic of Azerbaijan, at various times during 2001-2021, Samvel Karapetyan, head of the Tashir group of companies, David Galustyan, known in Armenia as a "gray businessman" and owner of Royalsys Engineering, Abramyan Ara Arshavirovich, general director of KOMEX, and others illegally obtained large-caliber military firearms, ammunition, military explosives, and devices, including missiles for illegal supply of weapons, explosives, military equipment to the Armed Forces of the Republic of Armenia via passenger aircraft on various flights, the IL-76 TD cargo plane of the Armenian Air Force, as well as the ILYUSHIN-76TD cargo plane purchased by Ara Abramyan, which contrary to the requirements of the Customs Convention on International Cargo Carriage by Air and the Treaty on the Limitation of Conventional Arms in Europe, and organized smuggling to the Republic of Armenia and the Armenian-occupied Nagorno-Karabakh and surrounding regions of the Republic of Azerbaijan. On April 28, 2021, the Prosecutor General's Office initiated a criminal case under the relevant articles of the Criminal Code and instructed the Investigation Department of the Prosecutor General's Office to conduct an inquest. Azerbaijan has declared them wanted. 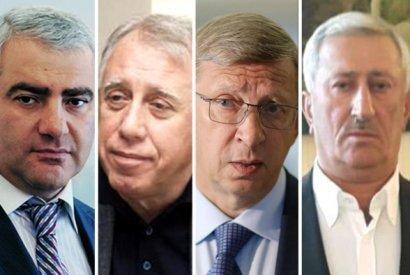 Finally, the "Armenian Business Forum" will be held in Yerevan on September 20. The organizer of the event is the Association of Armenian Businessmen with the support of Tashir. The organization was established by Armenian businessmen in Russia in 2018 after the change of government in Armenia. This union boycotted the government of Nikol Pashinyan and prevented investment in the country. In doing so, it boycotted the new government, preventing Russian businessmen from investing in the country.

After Pashinyan openly or secretly declared his loyalty to Russia, the attitude of Tashir and other similar companies to Armenia changed. Samvel Karapetyan, who called for the resignation of PM Nikol Pashinyan, a Westerner, and a US man, and pledged money to secure the release of Robert Kocharyan, a friend and man of Russia, is more like a functionary, who carries out the tasks of his superiors, than an independent businessman. It can be assumed that Russia is trying to control and manage the Armenian economy through the Karapetyans. The behavior, activities, and statements of the head of Tashir also give grounds for this. In other words, the Armenian economy is run by another state through the hands of Armenian businessmen. That state is trying to look like an invisible hand. The fact that the economy is in the hands of Russian-Armenian businessmen also means someone else will be in charge of the political power in Armenia. Thus, Tashir becomes a tool in the sale of this country. The broker of Armenia, which was put up for sale, is Samvel Karapetyan. 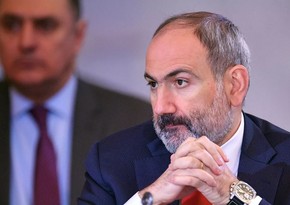 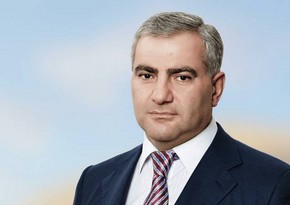 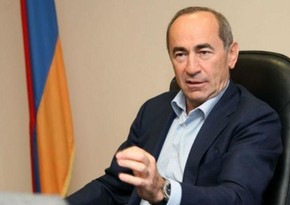 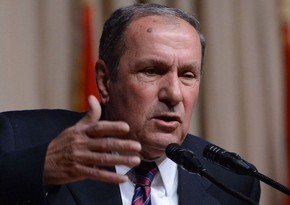 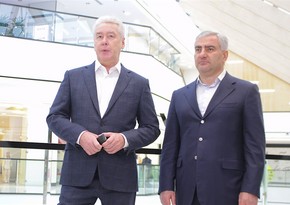 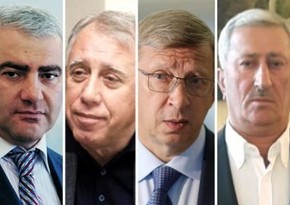 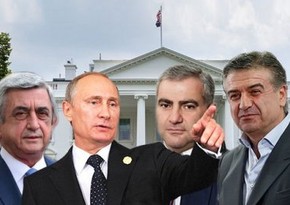 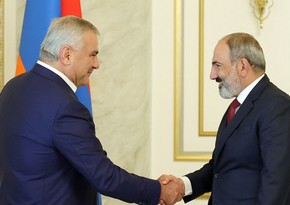