20 years after 9/11 world returns back to same point

20 years after 9/11 world returns back to same point Twenty years have passed since the incident that is believed to have caused numerous changes in the world.. 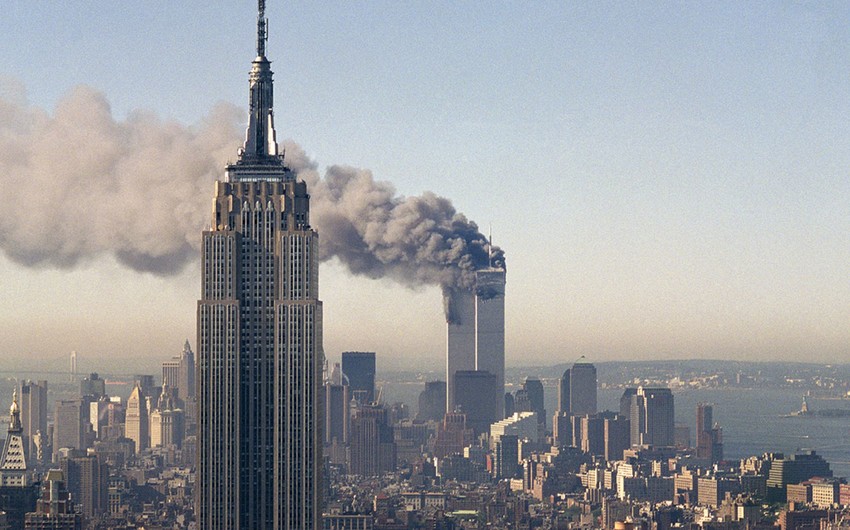 Twenty years have passed since the incident that is believed to have caused numerous changes in the world. A series of terrorist attacks in New York and Washington, DC, on September 11, 2001, marked a turning point in the world. Who committed the incident? What mysteries are remaining? What changes occurred? This incident is called terrorism. It is said to have been carried out by al-Qaeda, led by Osama bin Laden. As a result, 19 terrorists, 2,977 people, mostly civilians, were killed (these figures include 246 passengers and crew members of the plane, 2,606 people died at the World Trade Center in New York, and 125 people died at the Pentagon).

Citizens of the United States and 91 other countries fell victims to the terrorist attack, and 24 people went missing. According to the US Government and the 9/11 Commission of the Congress, about 16,000 people were in the trade center when the plane crashed. Most of them were evacuated from the building. Of the 19 suspects on board the four planes that carried out the attack, 15 were from Saudi Arabia, two from the United Arab Emirates, one from Egypt, and one from Lebanon. Six of them were organizers (four of them were pilots), and the remaining 13 were ordinary members. 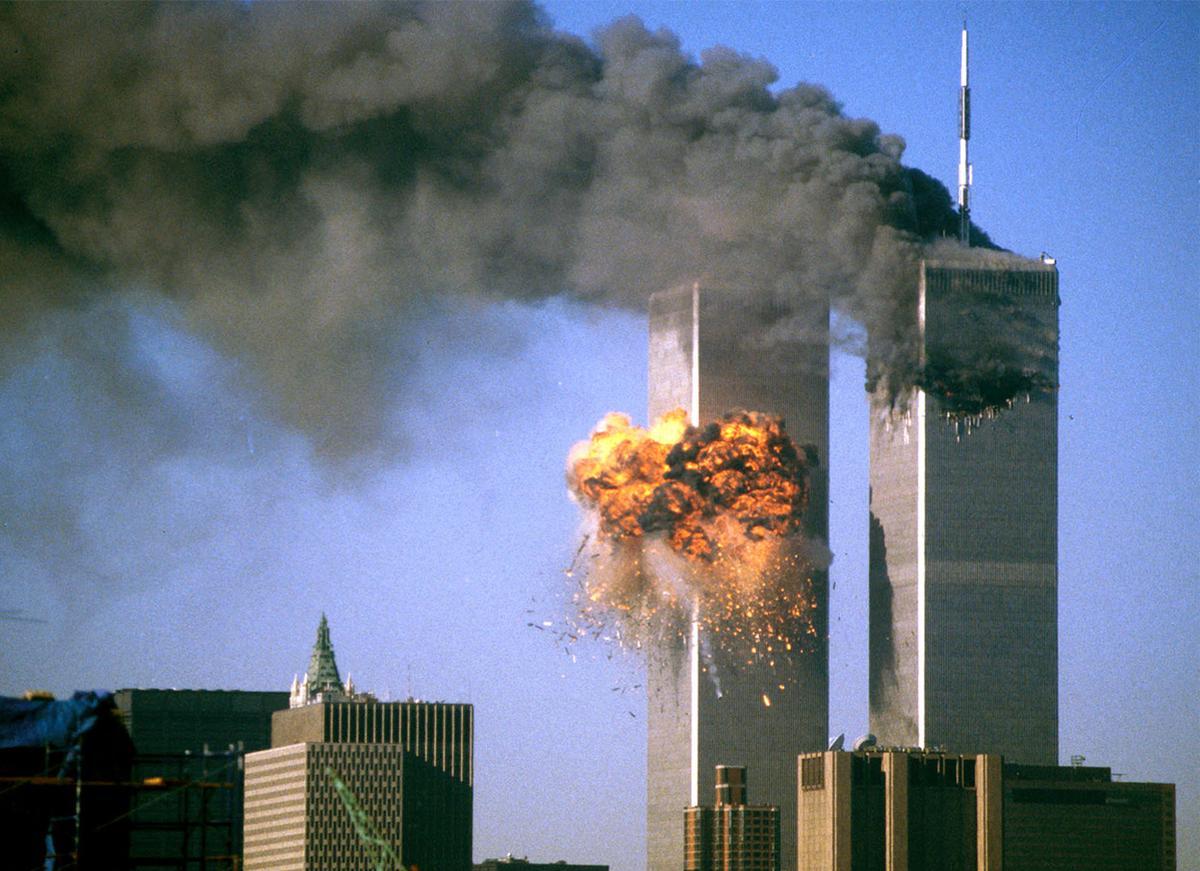 In fact, 20 years after the incident, there are still some doubts about its perpetrators. Some claim that it was a planned action by the state and headed by US intelligence. In his book, Russian President Vladimir Putin wrote that a few days before the incident, he called the 43rd US President George W. Bush to warn him of the terrorism threat. In an interview, the Russian leader said he did not believe US special services were involved in the attack: "I do not believe that the mastermind of the attacks was the US intelligence service."

By the way, the incident took place about eight months after the representative of the Republican Party, George W. Bush, came to power. However, no White House official resigned after the incident. Even Bush was re-elected president in 2005. At the time of the September terror attacks, Afghanistan was controlled by the Taliban. Its legitimacy was almost unrecognized by the world powers. On September 20, George W. Bush demanded that the Taliban extradite Osama bin Laden. However, the Taliban ignored the demand. 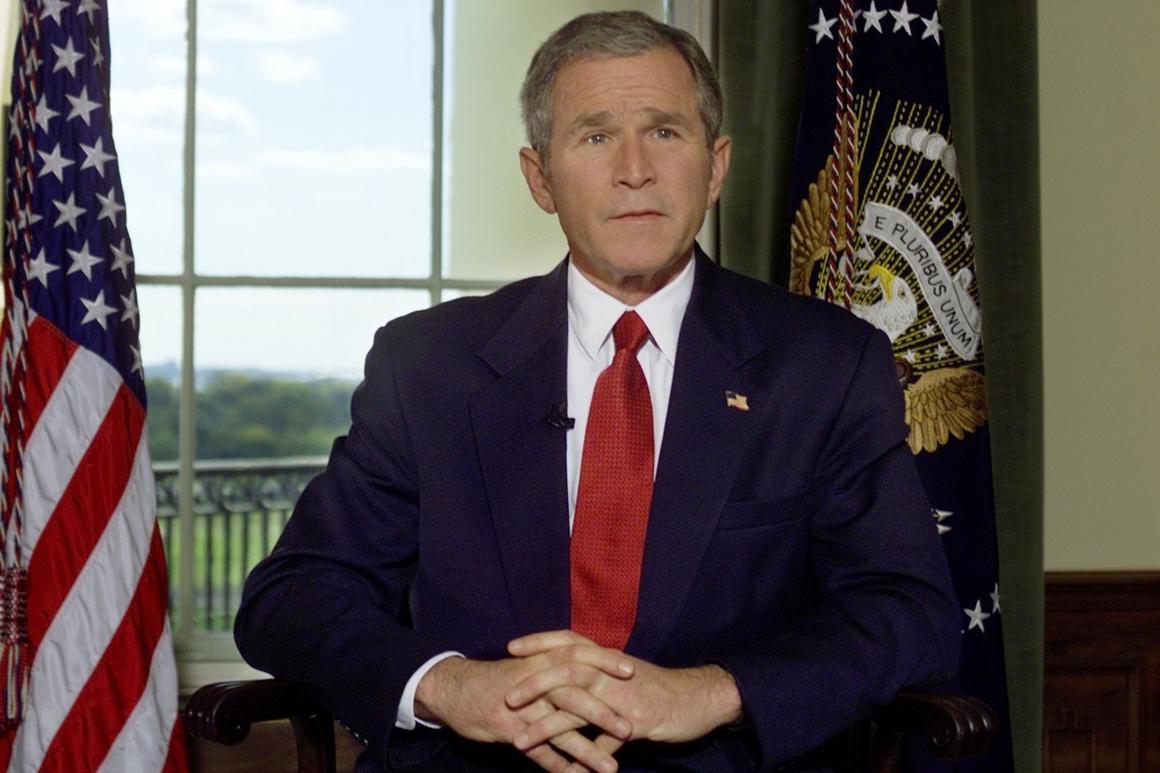 After the collapse of the USSR, the United States increased its military presence in the Middle East. The process that began with the invasion of Kuwait by Iraq gave impetus to this. After the September terrorist attacks, it was as if the United States had the opportunity to attack Central Asia and the Middle East. On October 7, 2001, an operation was launched in Afghanistan to overthrow the Taliban government. On November 13, the capital, Kabul, was liberated from the Taliban by US-led coalition forces. In January 2002, the United States opened a prison at Guantanamo Bay, Cuba. Bush called Iran, Iraq, and North Korea an "arrow of evil" threatening world peace. In the summer of the same year, he unveiled the "preventive warfare" doctrine against states that threatened US security. On October 11, Congress approved a plan to invade Iraq, and in March 2003, an international coalition of Western blocs, led by the United States, launched a military intervention in Iraq. On April 9, Baghdad fell out of Saddam Hussein's control. On October 3, the coalition's commission of inquiry announced that there were no weapons of mass destruction in Iraq that had led to military operations against Saddam Hussein. On December 13, Saddam Hussein was captured. Consequently, the United States began to control Afghanistan and Iraq after 9/11. 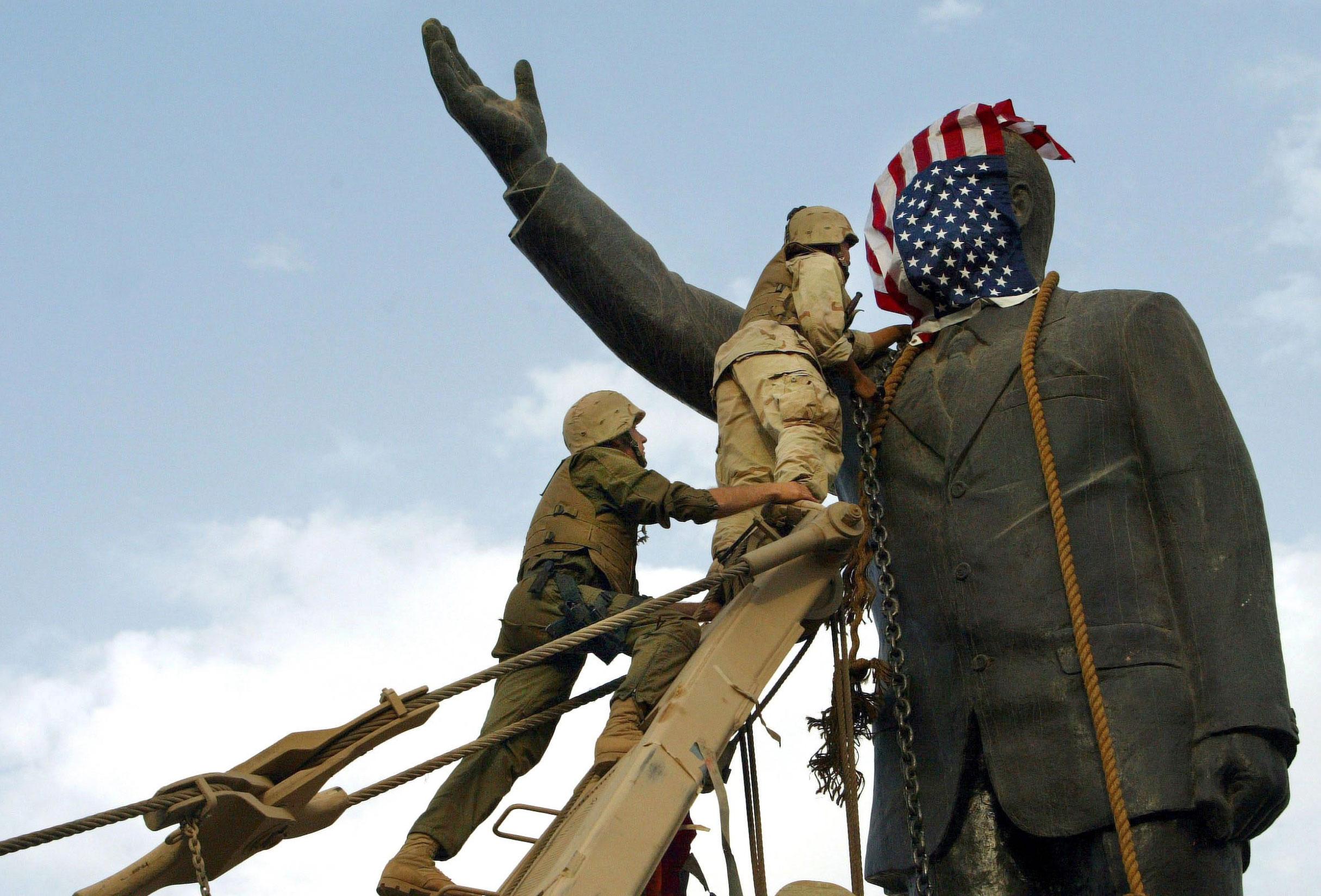 The United States' move toward the Middle East does not end there. In 2009, Barack Obama came to power with the slogan "Change!". Demonstrations began in December 2010 in Egypt, Tunisia, Yemen, Algeria, Libya, and Jordan. Changes occurred in Egypt, Tunisia and Libya governments. The process, which began in Yemen and North Africa, continues. ISIS terrorist organization emerged during the presidency of Barack Obama. The armed terrorist group operating in Iraq and Syria declared its independence on January 3, 2014, and established a new caliphate on June 29. ISIS collapsed in 2019 under Donald Trump's presidency. Trump has moved some of the US troops from Syria to Iraq. However, the US retains its presence in Syria by providing military-technical and weapons assistance to the PKK/YPG and PYD. After Joe Biden came to power in 2021, the United States and its NATO allies withdrew their troops from Afghanistan. On August 15, the Taliban regained control of the country. 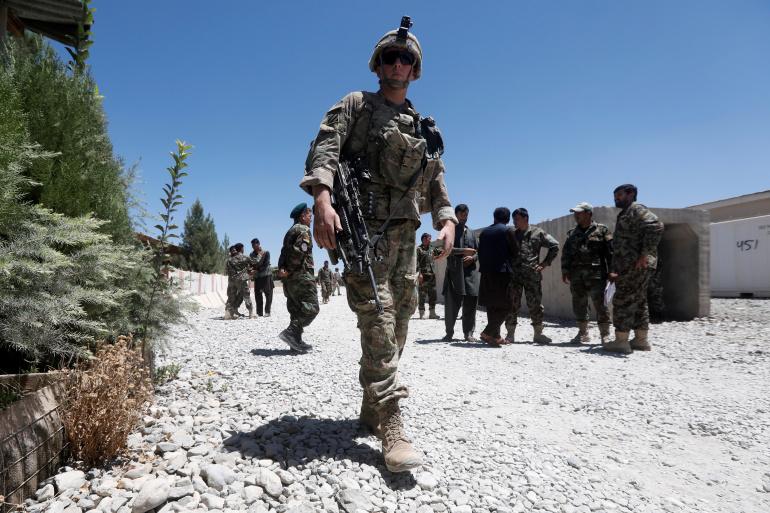 Meanwhile, changes have also taken place in other parts of the world. Russia attacked Georgia. It created and recognized the so-called Abkhazia and South Ossetia republics. After the events of September 11, a new hotbed of conflict emerged in Ukraine. Russia annexed the Crimean peninsula. Two illegal regimes have been established on Ukrainian soil. New circumstances arose in the South Caucasus. The occupying Armenian Army was withdrawn from the territories of Azerbaijan. An attempt was made to overthrow the government in Venezuela. The Cuban government underwent a change. Vietnam expanded economic and trade ties with the United States. Closed doors opened between North Korea and the United States. High-level meetings were held between the two states. 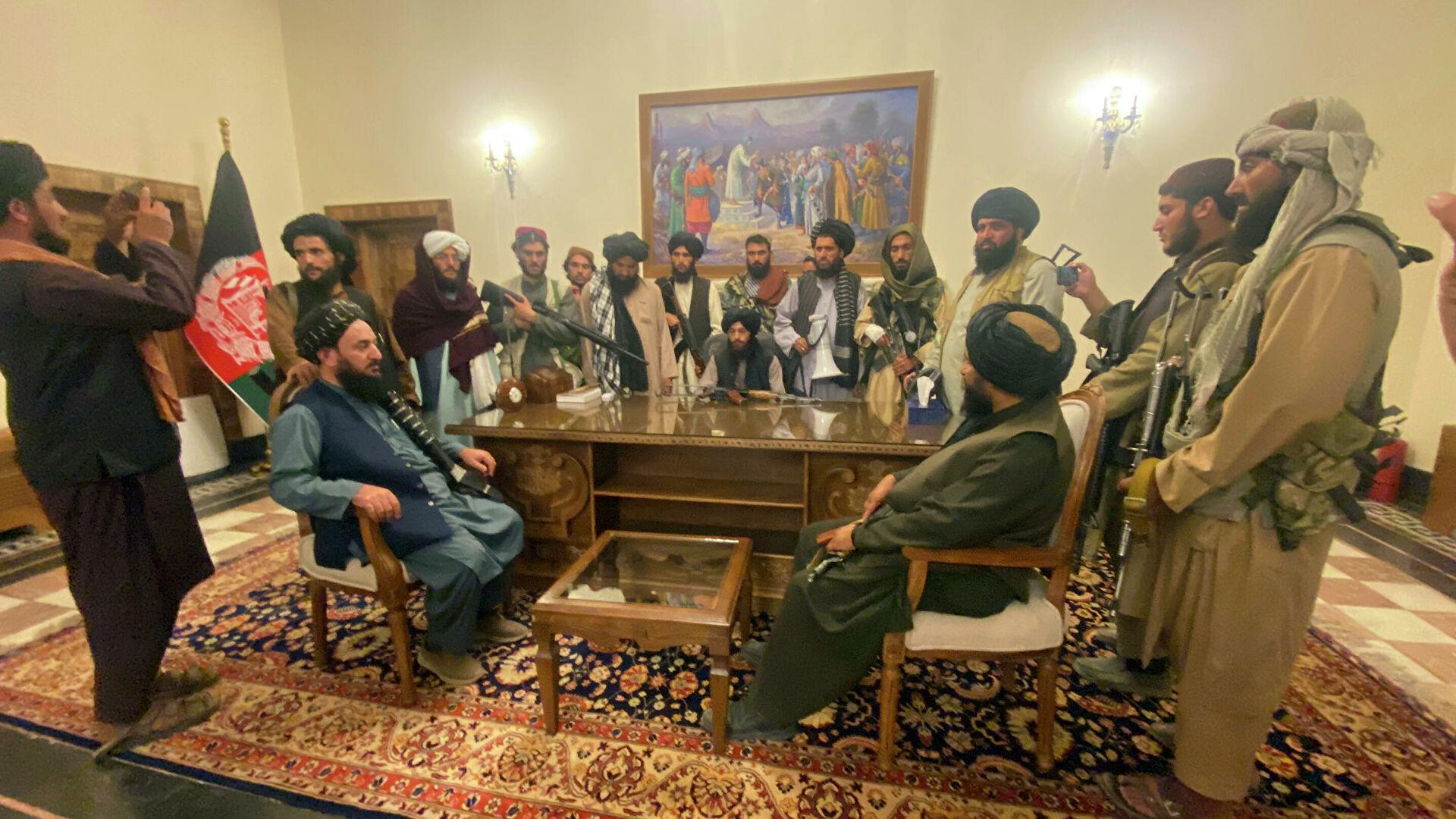 Many events have taken place in world politics over the past 20 years. Many of them were also affected by the September events. Regardless of the perpetrators' identity, what happened on September 11 was a terrorist attack. However, mysteries remain in this regard, discussions and debates continue, and various assumptions are made. The Taliban was also named in the discussions around the 9/11 attacks. Twenty years later, events in Afghanistan have sparked new controversy and speculation. The re-control of Afghanistan by the Taliban, which is recognized by the international community, especially the United States, Russia, China, and the European Union as a terrorist organization, and which is being fought by NATO, is a mystery. Therefore, in 20 years, al-Qaeda and ISIS may appear in another country. The terrorist act of ISIS Khorasan in Afghanistan also serves this possibility. Although many changes have taken place in the world since 9/11, new mutant events are taking place.

So, the international community has returned to the point of 20 years ago. What has changed is the discussion of cooperation with a group they consider a terrorist establishment.