Leyla Aliyeva: I believe that with action, hope, believe kindness and love we can solve all problems 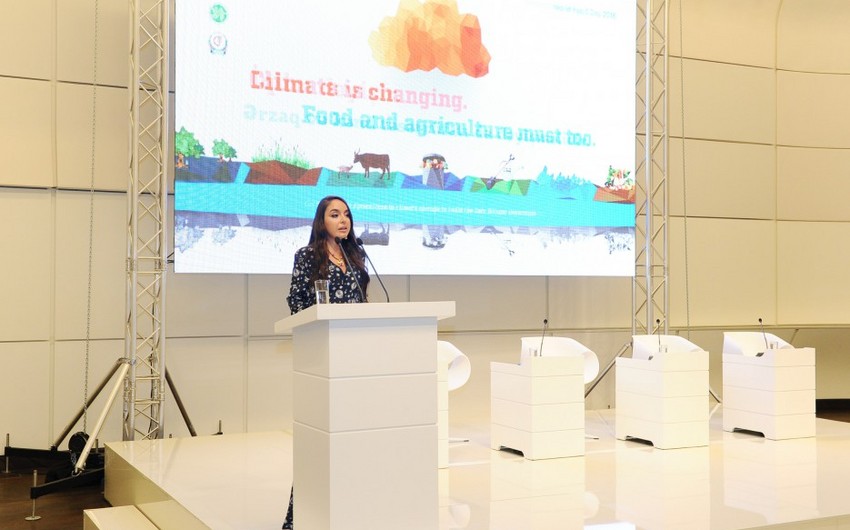 Baku. 27 October. REPORT.AZ/ An event on World Food Day has today been held in the Heydar Aliyev Center. The event was organized by IDEA Public Union, the Ministry of Agriculture, the Ministry of Ecology and Natural Resources, as well as Food and Agriculture Organization of the United Nations (FAO).

Addressing the event, Leyla Aliyeva said: “A day devoted to those in need and as well a great opportunity to draw global attention to the challenges of hunger and food security. The theme of this year’s food day covers two issues that I am especially sensitive about - both as FAO goodwill ambassador and as a passionate environmental activist, but more importantly as concerned global citizen. With the new reality of changing climate, we must fundamentally change the way we produce and consume food. Whether we like it or not, the world’s climate is changing. While the international community is making efforts to curb this process by cutting emissions, millions of people around the globe already suffer from its consequences. Unfortunately, it is mostly the poorest communities - people with least means to recover that hit hardest by weather-related disasters, which are becoming more and more common. Indeed, the adoption of the Paris Climate Agreement and the 2030 Agenda for Sustainable Development last year was a crucial milestone. Nations have pledged to keep the temperature increase at below 2 degrees and achieve zero hunger by 2030.”

The Vice-President of the Heydar Aliyev Foundation noted: “Achieving resilience, productivity and sustainability in agriculture is absolutely vital if we want to ensure the food security of the gradually growing global population. This is especially critical now, when climate change tightens its grip on our ecosystem and rural populations. In this regard, it is essential that FAOs climate smart agriculture approach is universally embraced in order to transform and reorient agricultural systems. Although people all over the world are realizing that nature and its resources are limited, and cannot be taken for granted. We believe in more action, education, creativity and positive thinking. Only knowledge can help to see the direct link between environmental degradation and human activity, and highlighting the urgency of matter. This is exactly why we launched IDEA (international dialogue for environmental action) campaign five years ago. During this period, we have achieved many positive results such as protecting endangered species of animals, planting 5 million trees, organizing science labs, lectures for students, schools and universities, exhibitions, publishing books and making documentaries.”

The FAO Goodwill Ambassador said: “Today I would like to tell you more about one specific project that has a special relevance both to the topic of food security and to the environment. As our modest effort to contribute to the welfare of our marine environment as well as help the rural communities that depend on it, IDEA has recently launched the multi-dimensional Kura river delta-cleaning project. Why this project is so important? Well, let me start by saying that Kura stretches almost 1000 kilometers from our western borders to the Caspian Sea and ensures vital livelihood for people living along the river. In addition, Kura river is considered the main spawn area for the Caspian sturgeon - one of the most ancient and rarest fish in the world. Meanwhile, during recent years, industrialization, lack of proper waste management, unsustainable tourism, unawareness of local communities and other factors led to increased pollution of the Kura river. Riverbanks especially near delta, are full of plastic, domestic waste and used gillnets. As a result, water quality and fish stocks in Kura and the Caspian Sea have decreased dramatically during the last decades. Our project will target to improve, fish stock, water quality and overall ecology, which will be beneficial for the environment and local population.”

“As sad as it may sound in the 21st century, one out of nine people in the world suffer from malnutrition. Everyday children in the developing world die from hunger. Hunger is the number one cause of death in the world, killing more than HIV/AIDS, malaria and tuberculosis combined, while more than third of food is thrown away globally each year. The global warming is making the situation with global food security even more uncertain. We must constantly be aware that each of us can make a difference in combating climate change by protecting the environment, living sustainable lifestyles, being ethical consumers and not wasting food. We must do it for the sake of hundreds of millions of people suffering from hunger and malnutrition and for our own sake. I strongly believe that with action, hope, believe kindness and love we can solve all the problems and create a brighter future and life,” Leyla Aliyeva added.

The event continued with panel discussions. 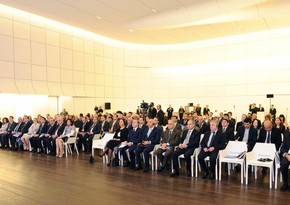 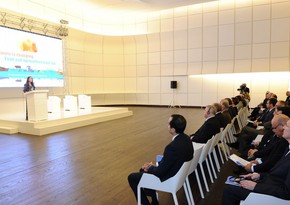 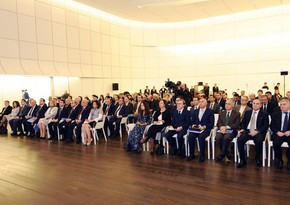 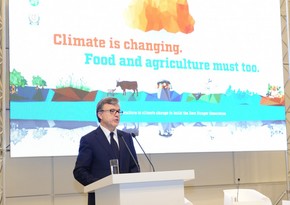 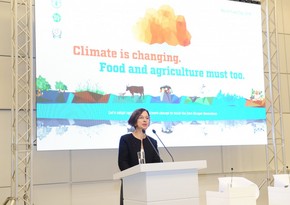