Governor: Tyumen can play an important role in supply of Azerbaijani products to eastern part of Russia

Governor: Tyumen can play an important role in supply of Azerbaijani products to eastern part of Russia Vladimir Yakushev: Tyumen region is interested in developing cooperation with Azerbaijan in field of agro-industrial complex 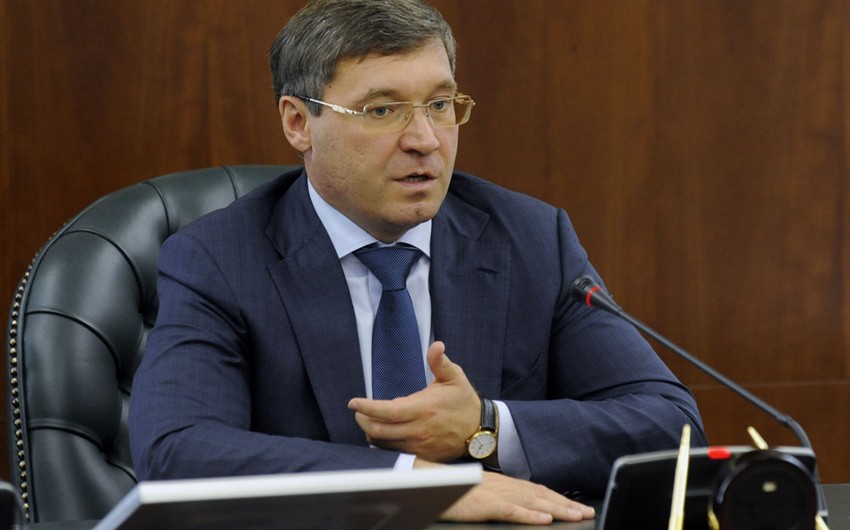 Tyumen. 25 May. REPORT.AZ/ "Tyumen region is interested in developing cooperation with Azerbaijan in the field of agro-industrial complex".

Report informs, the Governor of the Tyumen region Vladimir Yakushev said at the meeting with representatives of the Azerbaijani media who are making a press tour "Tyumen region: realities, potential, development."

He added that during the visit of Tyumen region delegation to Baku late last year, the Azerbaijani side was proposed to invest in creation of a vegetable distribution center in the region and it was stated that this centre will allow delivery of Azerbaijani products to various areas, including eastern part of Russia.

According to the governor, the sides discussed delivery of Azerbaijani products to Khanty-Mansi and Yamalo-Nenets Autonomous Okrugs through Tyumen under most appropriate order: "I believe that this project is worth of implementation as both sides are interested in its operation. Taking into consideration Azerbaijan's potential in this field and demand of Tyumen region and Khanty-Mansi Autonomous Okrug, Tyumen can serve as a window to the eastern regions. Therefore, I think this project is real".

Vladimir Yakushev also noted active development of agro-industrial complex (AIC) in both regions, adding production difference depending on climate and geographical location. He said that the Azerbaijani side was also put forward several proposals in the field of resort, especially construction of spa hotels.